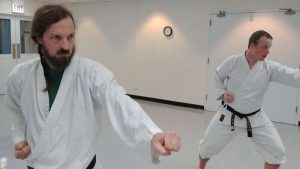 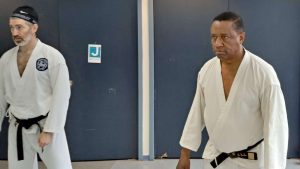 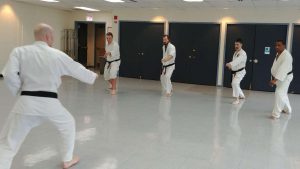 A core component of our practice is catching the moment an opponent decides to attack, and using that moment to launch your own “counter” attack. An opponent’s eyes, feeling, body language, and movements can all tip off when they’ve made the decision to attack, but picking up on these cues and acting on them takes a lot of practice. Last week we worked on this by practicing basics with no count. One person would lead the group by making a technique with no count, and everybody else would launch their attack the moment they felt the group leader had made their decision to go. This is always a great mental practice.

As an Amazon Associate, SKA earns from qualifying purchases